See Below for our Other Writing Websites

The Red Violin of Elizabeth Pitcairn 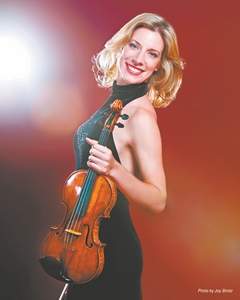 Have violin, will travel could be musician's Elizabeth Pitcairn's motto.

Pitcairn is heading to Lake Tahoe Jan. 19 – 24 for her annual concerts with Toccata. The “Mendelssohn in the Mountains” series is the inauguration of Toccata's seventh season.

Shortly after enchanting music lovers in Tahoe Vista, Incline Village and South Shore, Pitcairn and her legendary red Stradivarius violin are heading to South America and to China for late winter and spring concerts.

“Everything I have worked for in my entire life is coming true,” she said.

Dedication is key to her success as she practices on average five hours daily — even with pieces she knows intimately.

Mendelssohn's Concerto in E minor has been a staple in her repertoire since age 15. Noting how audiences react favorably to the piece's ability to deliver poignancy, a touch of sadness and ultimate joy she still eagerly continues to explore it in search for different nuances to highlight.

Continue reading by clicking here.
Posted by words4sail at 8:44 PM No comments: 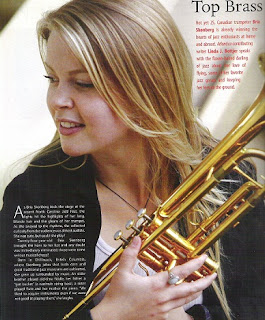 Posted by words4sail at 8:40 PM No comments: 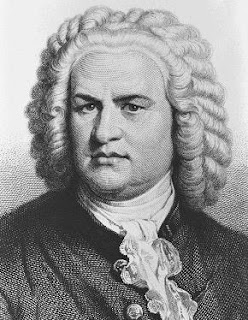 Threads of betrayal and compassion are woven with sorrow, acceptance and everlasting love. The Baroque masterpiece of the early 18th century heralded in the beginning of the Easter weekend when it debuted in Leipzig, Ger­many.

Starting on Palm Sun­day, April 17, Toccata, the Orchestra and Community Chorus of the Tahoe Area, will present the Part II of Passion for six performances throughout Reno and the Lake Tahoe Basin.

Conducted by Toccata founder and artistic director James Rawie, the second part is both intimate and monumental as through a series of singers, mostly male, the story of Jesus' last few days on Earth is told. The music, sung in English, depicts of his trial, crucifixion and burial.

Despite its religious overtones, the piece is not overly sacred according to Stuart Duke, Jonathan Leo, John Hutto and Daniel Paulson.

The quartet of singers will be featured as Jesus, Pontius Pilate and the Evangelitist. Hutto and Paulson swap out the last role.

The reason is simple.
Continue here.
Posted by words4sail at 8:36 PM No comments: 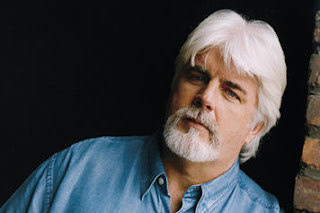 Living a musician’s life is not the first choice many parents wish for their children’s future.
Luckily, the mother and father of 5-time Grammy award winning singer and songwriter Michael McDonald approved of two diverse choices.


“Either singer or priest either would have made my family happy,” related McDonald who will appear this Saturday night at the final concert of the Lake Tahoe Music Festival.
With that globally recognizable husky baritone, that has thrilled audiences for six decades the 58 year old got an early start. A Saint Louis native he tagged along with his father as the elder McDonald sang at area clubs and pubs.


“He spent more time in a bar than any alcoholic and never drank,” he remembered.Doobie Brothers.
His addition brought a new sound to the Doobies with songs like Taking it to the Streets, and the #1 Billboard hit and the Grammy -winning What a Fool Believes. He recalls his years of xxx with the band as a time where band members’ emotions could be high and explosive, but the commitment to the audience’s enjoyment also overcame any offstage turmoil. Past Doobie band members still count among his many friends.
While watching the back of his father’s head rhythmically bob during his act the desire to perform overwhelmed the then four-year old Michael. With a soft drink in one hand, he used the other to tug his father’s jacket and state his intention to sing too.


As a popular ballad “Love is a Many Splendored Thing” coming from a small boy brought resounding cheers from the audience it began a monumental career for “the blue-eyed soul man.”
During the mid 60’s he spent his teenage years in a variety of local bands like Mike and the Mechanics and Jerry and the Sheratons.


The early 70s found him as a keyboardist in Los Angles scrambling between studio gigs as a session musician and a sideman with a variety of bands. He preferred the latter, and soon an opportunity came to audition for the future iconic band, Steely Dan that led to his acclaimed stint with the


While McDonald has played, sung or written hits for musical greats ranging from Aretha Franklin to Ray Charles and Carly Simon, he remains humble at his craft. In an age where large entourages often accompany celebrities, he often carries his own equipment to gigs.
He joked, “I often wish I had taken up the flute.”

Now with his own 22-year-old son Dylan starting to carve out his own musical career, McDonald expressed his concerns on their common industry. He sees the current trend of categorizing musicians into singular genres such as rock or jazz by record labels and radio stations as limiting at best.


“There is much to learn from playing others’ music.”
His concern continues that many young acts are too insulated and isolated.  The prevailing narcissistic attitude can stall a career before it has time to flourish fully he believes.

“I am grateful for the times I grew up in,” says the singer who played Lake Tahoe with Edgar Winters and Brian May during his first solo tour in the 80’s.  “The music was innocent.”


From the soulful sounds of Motown to the soft rock of the 1970’s he helped to both preserve and create Michael McDonald will provide his special sense of purity to the music. 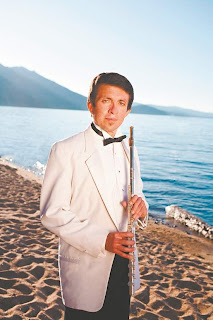 Trust Toccata to add sparkle to this star spangled weekend from Incline Village to South Shore.

First, the audience helps kick off the sixth annual 21-concert 2011 Big Blue Summer MusicFest by singing the National Anthem along with members of Toccata's orchestra and chorale under the direction of Maestro James Rawie.

Audiences have appreciated the talents of acclaimed flutist Josué Casillas when combined with the multiple stellar ones on Toccata. Casillas has appeared several times, beginning with his inaugural Tahoe concert in 2006.

“He is a complete joy to work with,” Rawie said.

Continue reading by clicking here.
Posted by words4sail at 2:51 PM No comments: 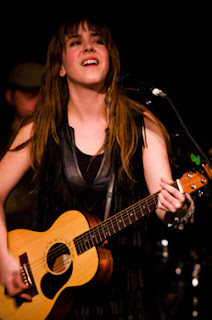 A mighty rush of Canadian power is sweeping into Tahoe this Friday - not an icy cold weather pattern, but rather the impassioned singing of Serena Ryder.


Hailed as 2008’s “Best New Artist” at her native country’s Juno Awards, Ryder will be headlining at the Hard Rock Café at 9:30 p.m. Proceeds from her concert will be used to benefit the organization’s World Hunger Year and Christmas Cheer All Year campaigns.


To eradicate hunger in our communities, and worldwide, concert tickets are selling for just $5.00. VIP options and a meet and greet post concert event is available for only $15.00. Canned non-perishable food will be collected at the venue as well.


For the 25-year old Ryder, using her voice and gifts as a songwriter and guitarist for the betterment of others is a natural occurrence. She spent her childhood in the rural placidness of Millbrook in eastern Ontario spent listening to the words and music of other Canadians like Neil Young and the poet/singer Leonard Cohen.


“I realized I could create as well,” she said.


Where audiences will appreciate her current folk/jazz and blues styling and rhythms at her first gig, at a local Legion hall, she sang others’ lyrics. Ryder was eight at the time.


In a scene worthy of a movie script, the town’s local taxi driver heard her singing and not only booked her – but also acted as her press agent by getting her local media coverage.


Her admiration for Cohen’s works grew over the period where she, like many, was in the midst of learning how to become her own person. She continues to marvel how his simplicity of words could translate into painful emotions.


Not all is angst though. Ryder’s voice reverberates with a timbre of world-weariness while simultaneously edged with the longing sweetness of enthusiastic youth.

In her Atlantic Record CD debut release of “is it o.k.,” she flawless blends her search for answers to life’s tough questions as if love relationships with lyrics that plaintively ask for both recognition of self worth and the sheer playfulness of new found commitment.

Showing her vulnerability is an act she is comfortable displaying. There is not a hint of hokiness when she declares it is a beautiful world when she lets down her guard. She spins magic through the ability to accept a range of emotions and then invite her audiences to share the ride as they have in her five previous albums.

Her career has taken her throughout Canada, Australia and into the U.S. Festival goers from Lollapalooza to the impressive SXSW of Austin, Texas have enjoyed her original sounds. She has also shared the stage with country rockers like Steve Earle and Cheap Trick.

Of late, she and the band, NeedtoBreathe, from Possum Hill, SC are playing and recording together more.

While she still must occasionally change in a women’s restroom before the show her life is becoming more crowded with jumping on airplanes or riding around in tour vans. This has made time spent for writing her music limited.

Now bits of images and words, gathered like a nest-building sparrow, on electronic devices, matchbook covers and scraps of paper capture her thoughts and moods.

At a tour’s end, her collection resembles jigsaw puzzle pieces.

“This is how lots of my records come together,” Ryder observes.

The fun comes when deciding if the moments of past inspiration retain validity.


The remaining ones become the next sagas of this troubadour’s journey.
Posted by words4sail at 2:36 PM No comments: 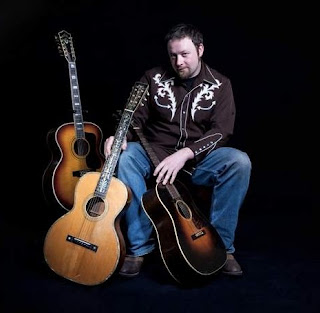 When it comes to musical legacies, Matthew Axton's is pedigreed.

Many know his mother, Donna Axton, from her phenomenal classical abilities with Sierra Nevada College, a soloist with Toccata and as the year-round accompaniments to Tahoan events.

On his paternal side, the 28 year-old Tahoe City resident's roots belong to his father, the legendary singer-songwriter Hoyt Axton and his grandmother Mae Boren Axton. Their musical wordsmithing skills gave the world classics such as “Joy to the World” and “Heartbreak Hotel.”
Continue here
Posted by words4sail at 2:00 PM No comments:

What is on this blog?